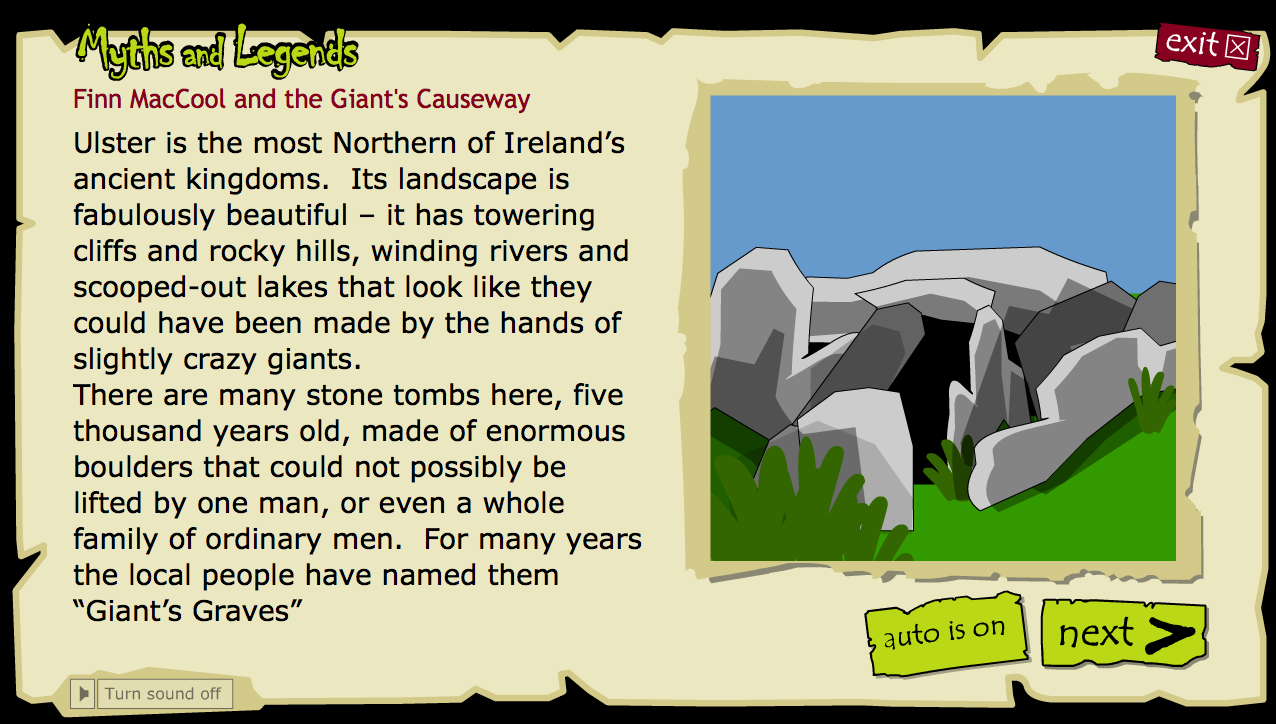 This is a wonderful resource that allows your children to read or listen to a wide range of Myths and Legends.

The resources are a great way to not only gain an insight to a range of Myths and Legends, but also to learn key historical and geographical information. 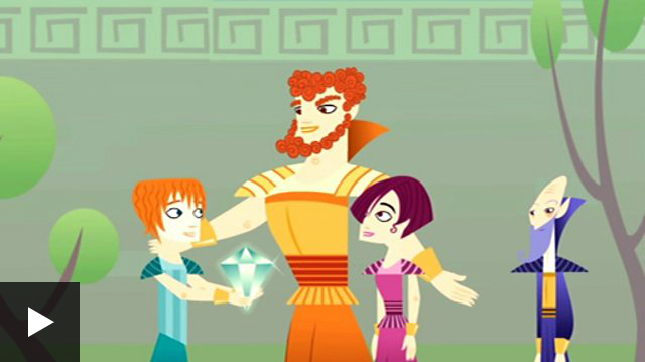 Jason and Medea are far too busy playing different games and listening to music to look after a precious diamond. This places the planet in danger. So when it is stolen they are sent on a mission to retrieve it to save the planet. 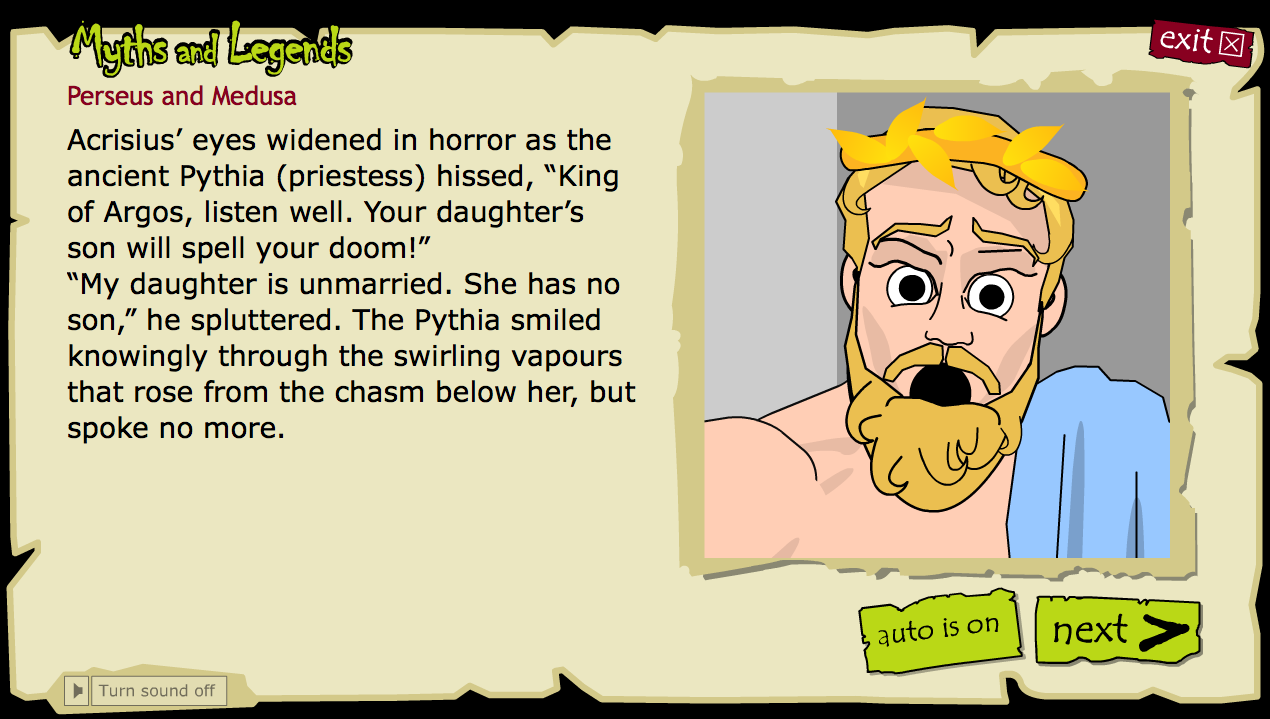 Once there was a good king, but he died. His bad brother killed him so that he could be king. The bad brother needed to get rid of the good king’s wife (Danae) and baby (Perseus), but he was afraid to kill them too. So he put them in a wooden chest and he dropped the wooden chest in the ocean.

After a long time they drifted ashore in a new kingdom. Perseus and his mother Danae stayed there while Perseus grew up. But after a while the king of the new place wanted to marry Danae, but she didn’t want to marry him. This king wanted to get rid of Perseus for awhile so he could make Danae marry him. 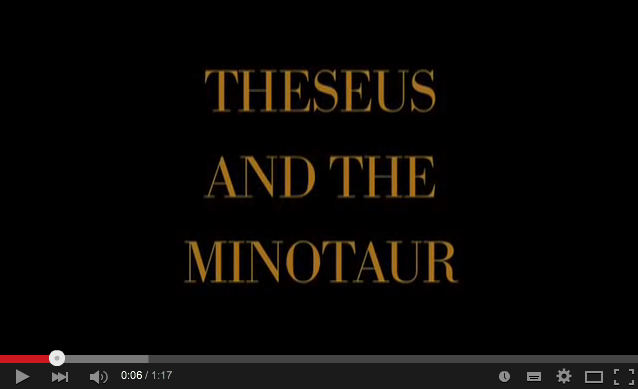 Theseus and the Minotaur

The myth begins as with the tradition of Athens shipping off young people to Crete every few years. There, boys and girls are devoured by the man-eating Minotaur, a monster with the head of a bull and the body of a man.

Theseus, Prince of Athens, decides to put a stop to this and sails off to slay the beast. He promises his father, King Aegeus, that he’ll change the black sail of the ship to white on his return journey to show that he survived.

Theseus manages to slay the Minotaur with the help of the beautiful Cretan princess, Ariadne, whom he ends up marooning on an island on the way back to Greece. As Theseus approaches Athens, he’s so full of himself that he forgets to change the sail of is ship to white. When Aegeus sees the black-sailed ship approaching, he assumes that Theseus is dead and hurls himself into what is now call the Aegean Sea. Theseus becomes the King of Athens, but loses his father in the process. 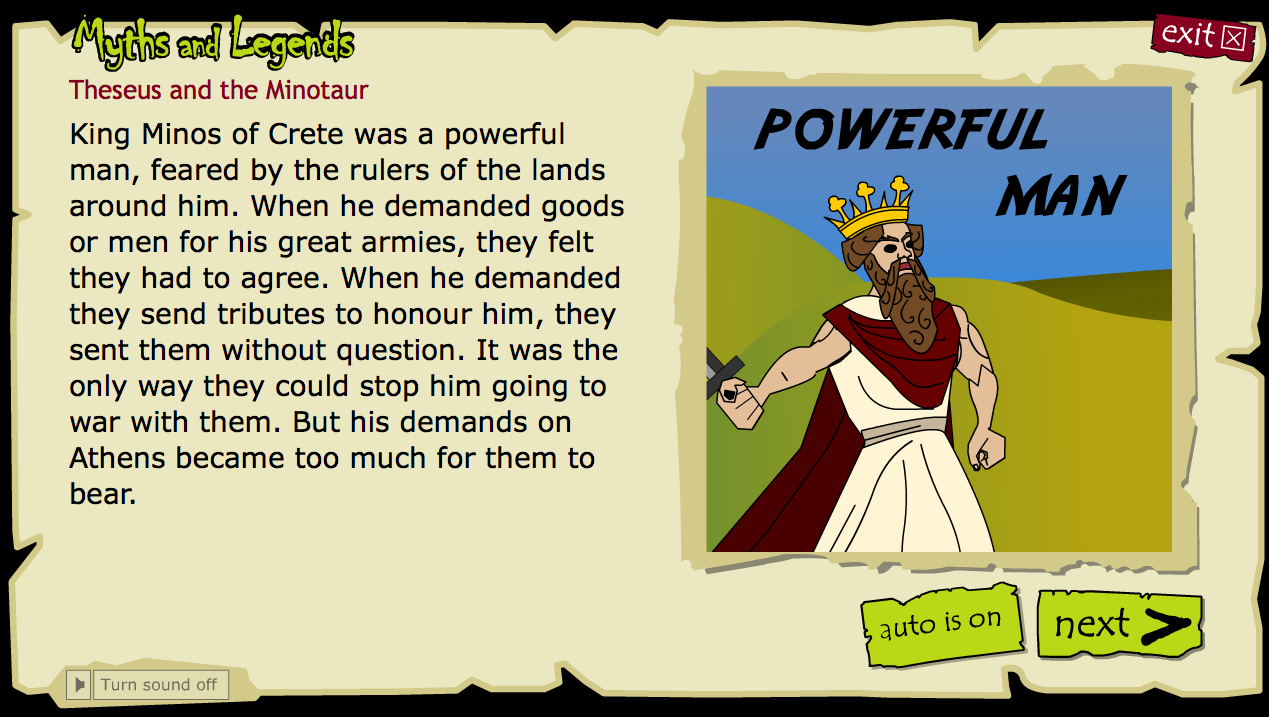 Theseus and the Minotaur Story

To watch and animated storytelling of Theseus and the Minotaur click the image.