Warm up & Cool down 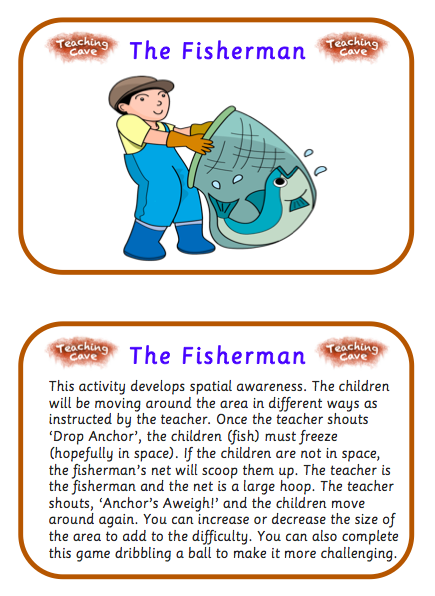 This fantastic resource is made up of 17 warm up games to play with your foundation class during PE.

This is very useful as not only will it give you great ideas for games, but it will also give you very clear instructions of how to set up and complete the games.

A must have resource for PE enthusiasts. 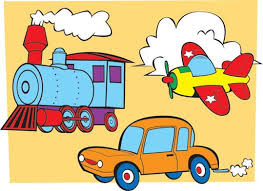 Mark out an area for the activity with cones. In this activity, the children can either be a car, plane or a train. The cars find a quoit, start their engines and steer around the area. The planes fly around, making sound effects and dodging other planes. A train is created when 2 or more people are in a row and are moving in sequence. The teacher will shout out the different methods of transport and the children will adjust their movements accordingly. Create roundabouts, parking spaces, runways and train tracks using different equipment to add to the game. You can also use traffic lights (coloured cones) to instruct the children when to get ready, start and rest. 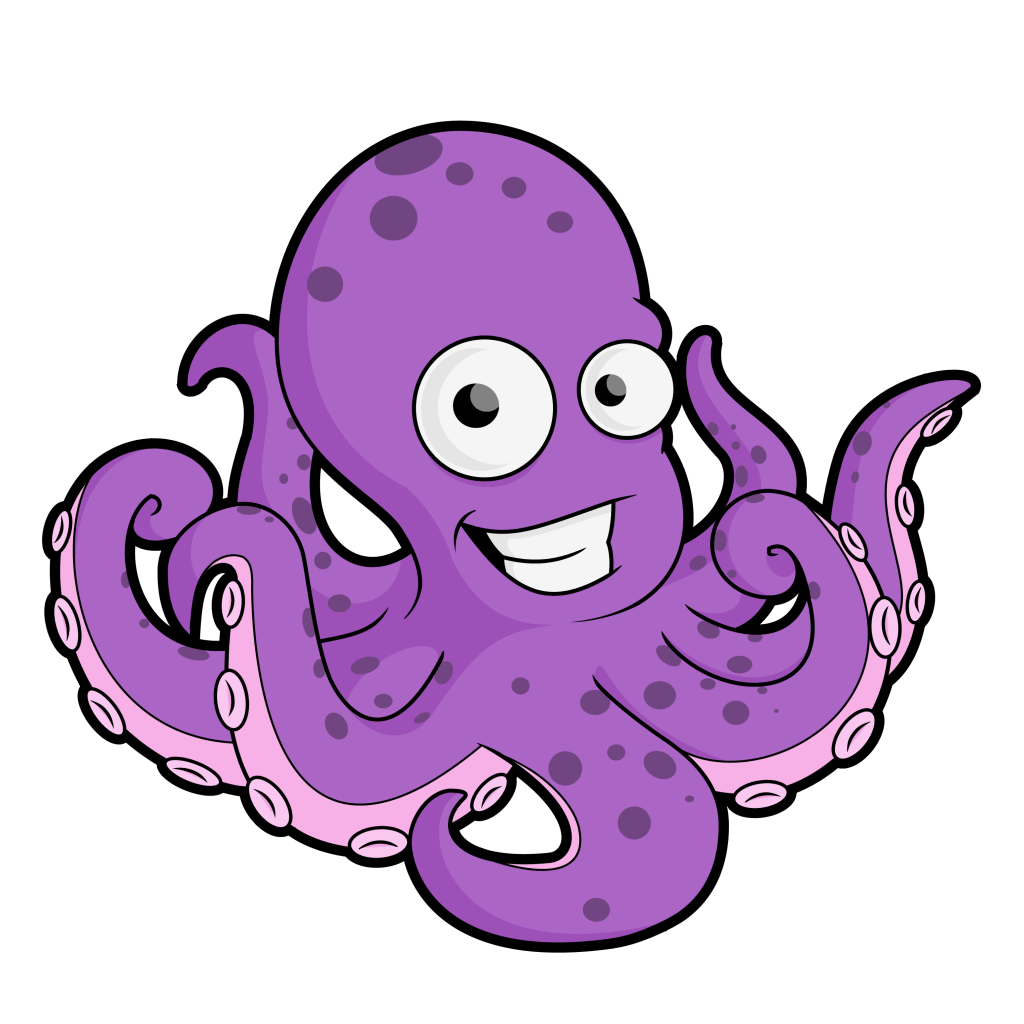 Inform the children that this game takes place on the seabed. Set up a large area and choose a child to be the octopus and give them a bib so they can be identified. All the children will start on one side and try to reach the other side by running, jumping, skipping, hopping, galloping etc. If a child is caught they are turned into seaweed and must stand on the spot where they’ve been caught. Seaweed can only catch someone by moving their arms. 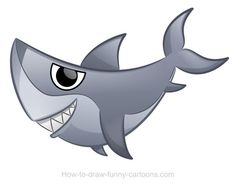 For this game you will need to set out an area (large enough for your class to move around without touching) and hula-hoops. Space the hoops around the area and inform the children the hoops are the islands. Choose one shark for every six/seven children in the class. All the sharks put the hands above their heads in the shape of a fin and allow them to make the ‘JAWS’ shark sound (da dum). When the teacher shouts ‘Shark ATTACK!’, the sharks must try to catch the other children before they find an island. You can also play this game with two beaches and sharks in between them. 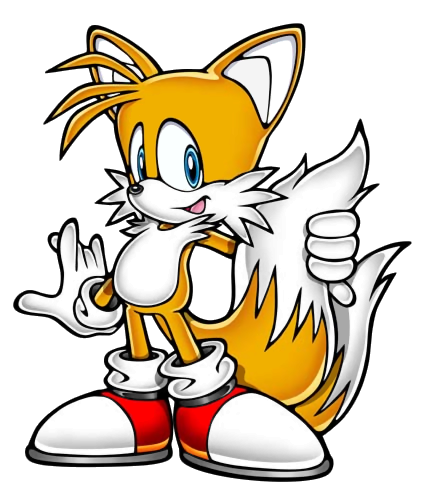 Set out a large grid and give each child a dance scarf or a bib, which acts as a tail. Inform the children to create a tail with the bib or scarf with most of the ‘tail’ visible. You can start with a single catcher and then build up to ‘every man for themselves’ style. This game can also be played in pairs and the children with tails get a two metre head start. 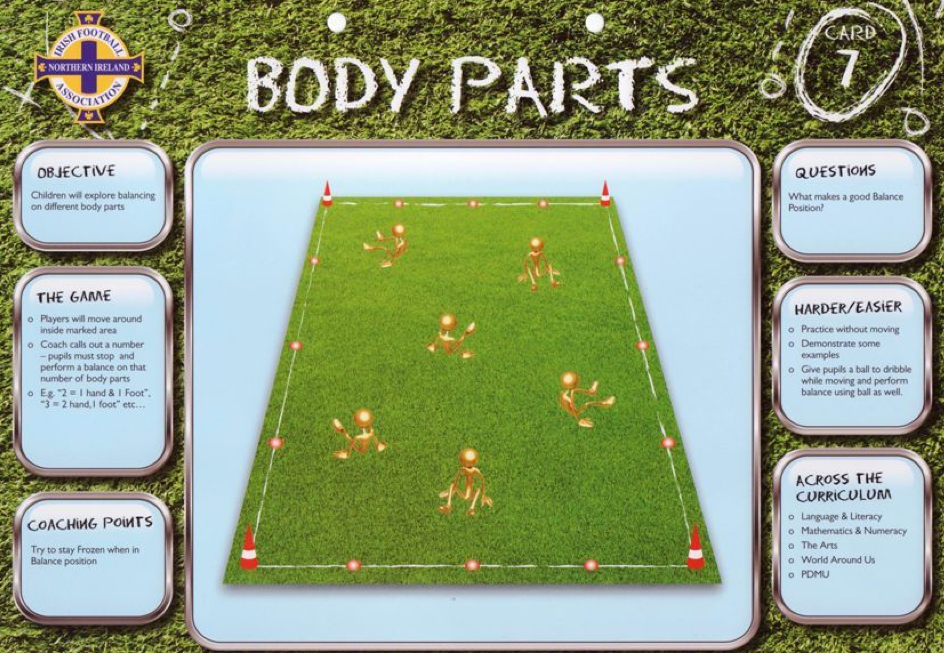 There are two versions of this game:

1. Set out a large area with cones (one for each child) evenly placed around the inside. The game involves the children using different body parts to touch the cones. Instruct the children to jog around the area until they hear an instruction. The teacher can shout ‘Elbow’ (or other body parts) and the children must find a cone and touch it with their elbow. Take a way a cone each round and the children that are out must sing the ‘Head, shoulder, knees and toes’ song, then join in again with the game. The game stops when half of the class is singing. 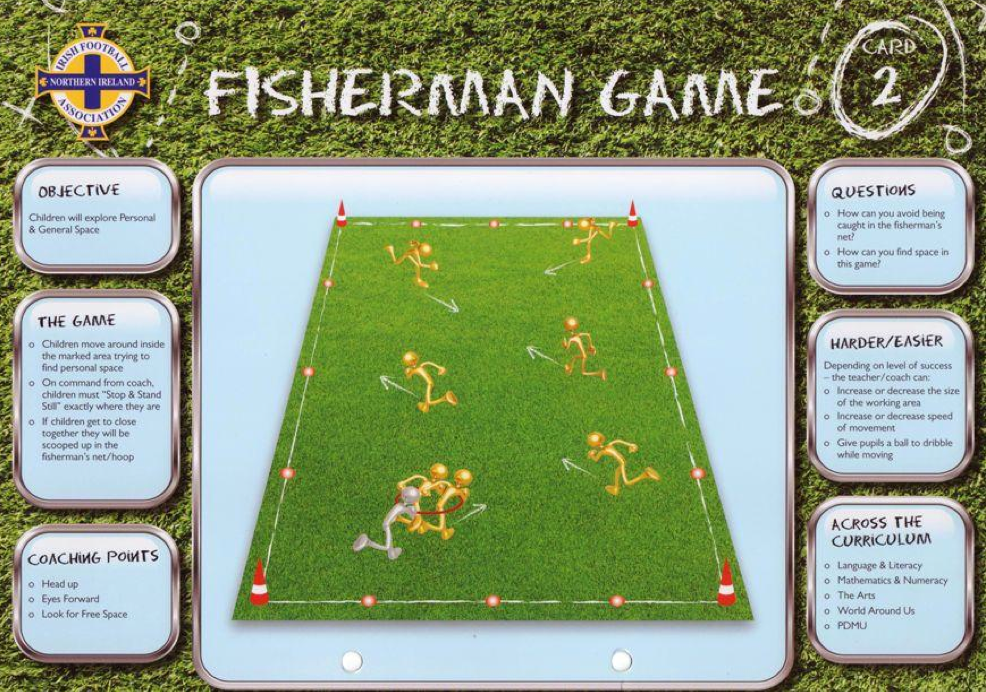 This activity develops spatial awareness. The children will be moving around the area in different ways as instructed by the teacher. Once the teacher shouts ‘Drop Anchor’, the children must freeze (hopefully in space). If the children are not in space, the fisherman’s net will scoop them. The teacher is the fisherman and the net is a large hoop. The teacher shouts, ‘Anchor’s Aweigh’ and the children move around again. You can increase or decrease the size of the area to add to the difficulty. You can complete this game dribbling a ball to make it more challenging. 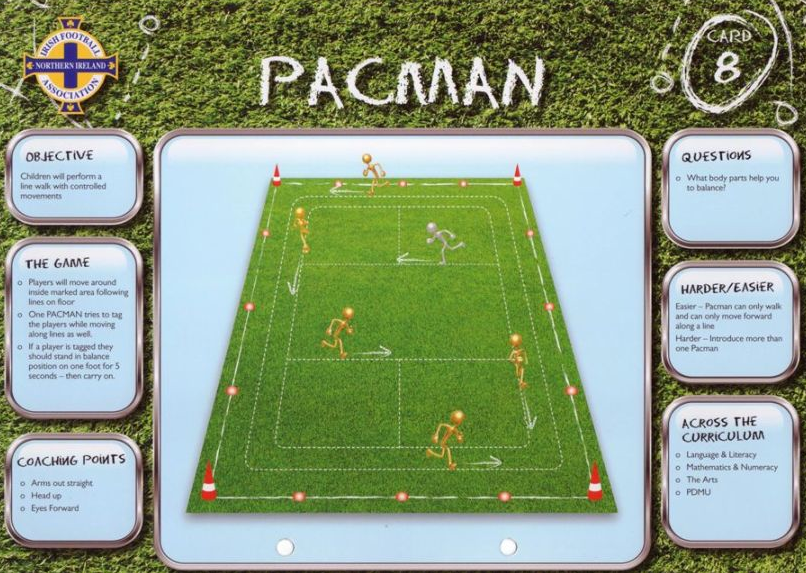 In this game, thhe children must follow the lines that have been marked out to avoid the chaser. They must problem solve and decide which way the should go to ensure the don’t get caught. You can add two chasers in once the game slows down in pace. You can use cones to set out this course. 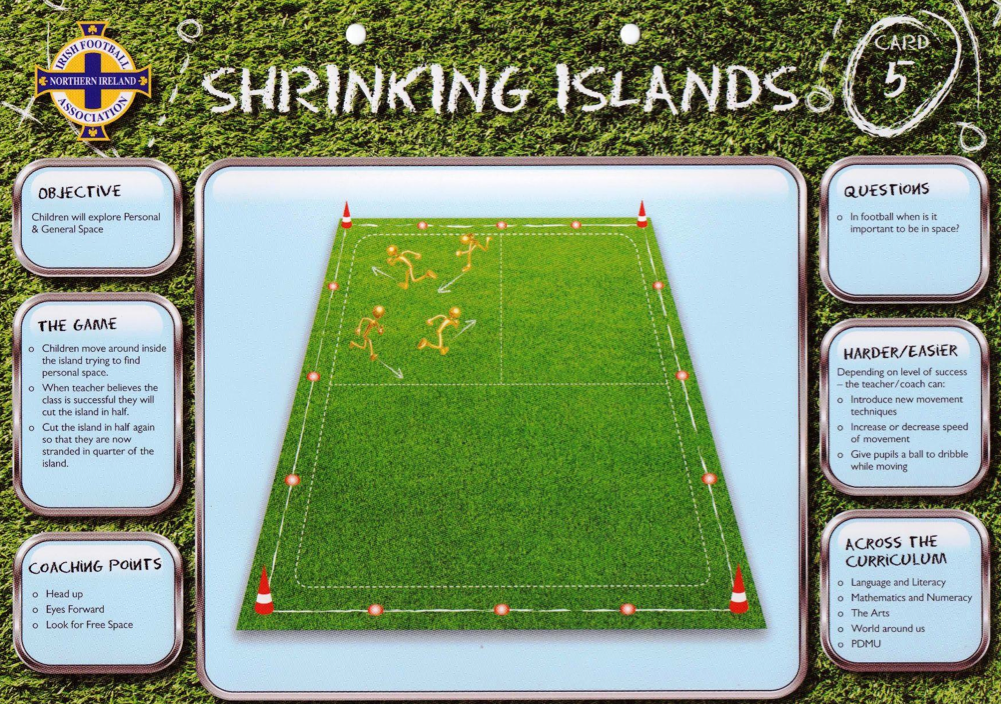 The children will explore personal space in this game. Divide the area into four zones and as time goes by you can gradually remove a zone. You can remove a zone by placing a large red cone in that area. The children must react to the constant change of boundaries. Again, add a ball to dribble with hands or feet to make the game harder. 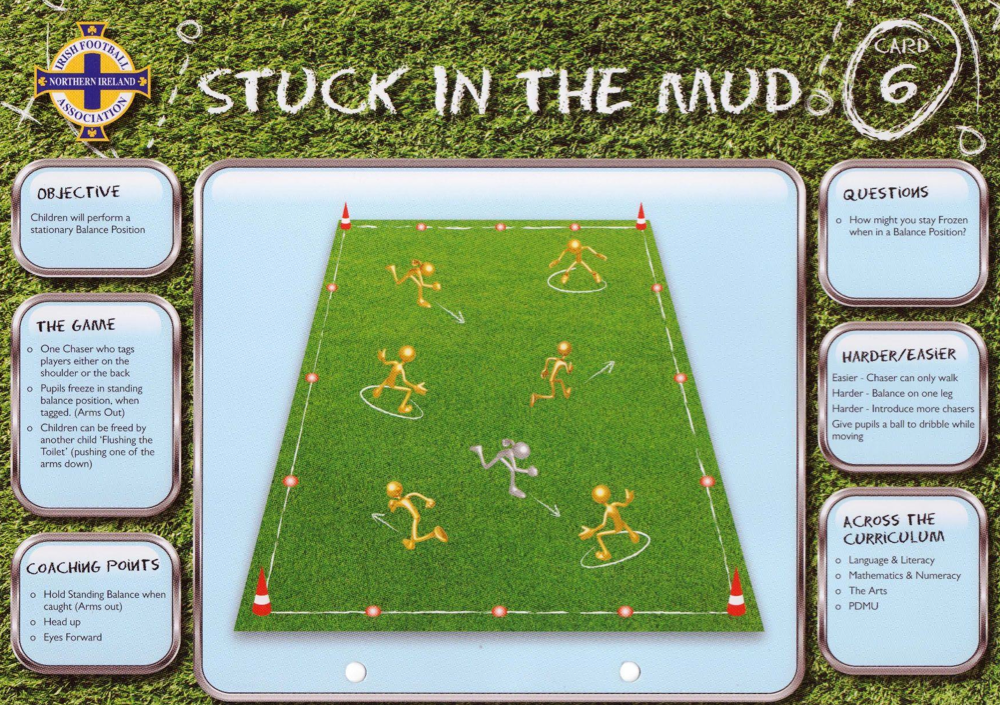 Stuck in the Mud

This is a playground favourite. The children must stay away from the chaser. If a child is caught, they are stuck in the mud until they are freed by another child.

To make the game more difficult, you could create four zones and close of zones accordingly. You could also create a ‘jail’ that the ‘caught’ children must go to, giving it a ‘cops and robbers’ theme. 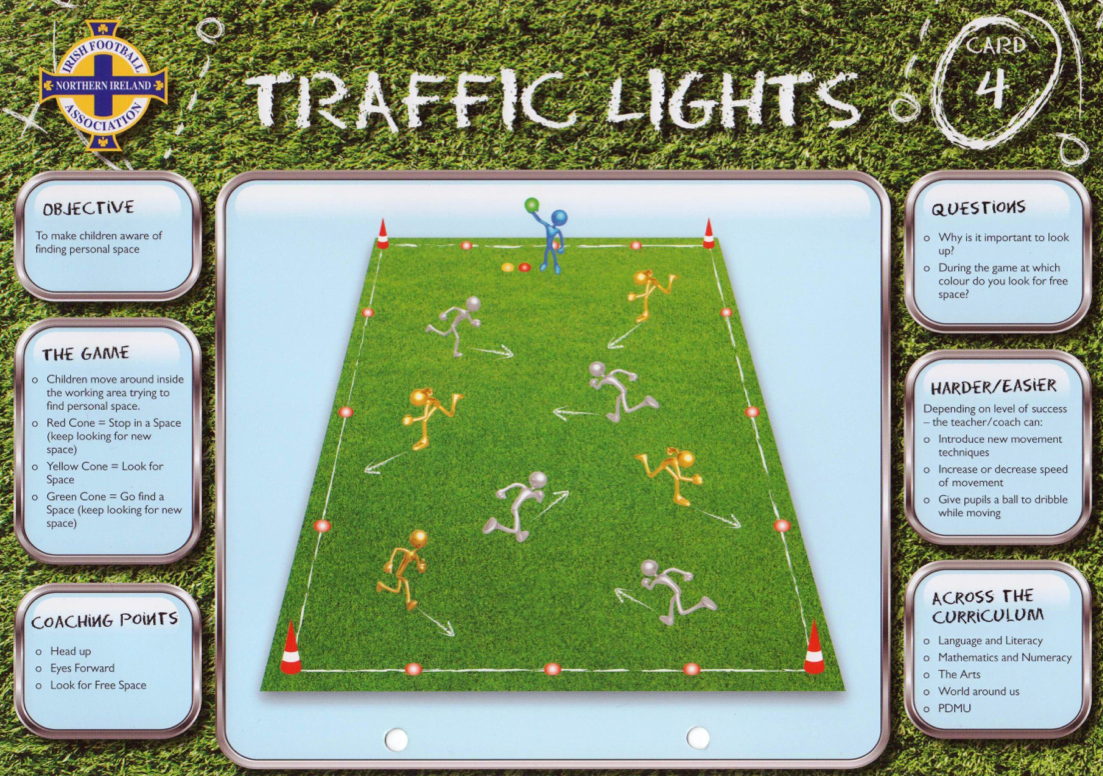