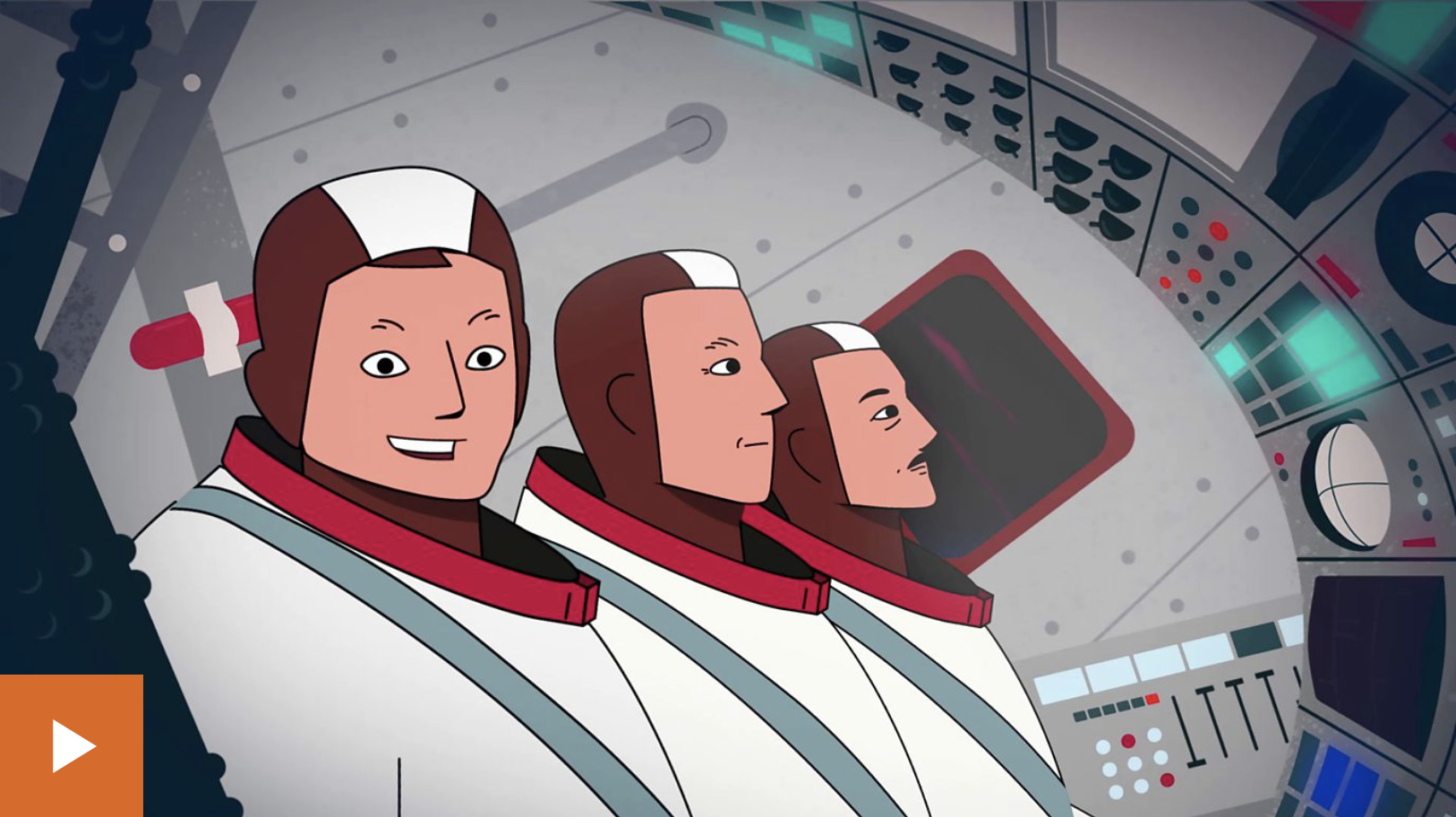 This is a great animated recount of the crew’s mission to the moon.

Although this is animated there are some key facts and information your class will learn about the mission.

A great resource if you are learning about Neil Armstrong as part of your famous people topic. 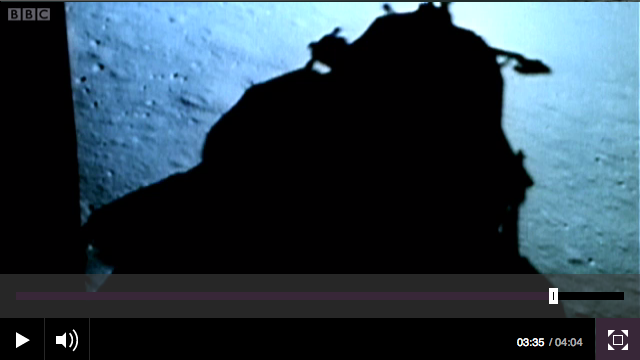 The Eagle has Landed

Project Apollo, the United States’s manned Moon landing programme, culminated in 1969 with Apollo 11. Mission commander Neil Armstrong’s famous words, “That’s one small step for man, one giant leap for mankind”, spoken as he stepped onto the lunar surface, were heard by an estimated 600 million television viewers. This clip contains some re-enactment footage. 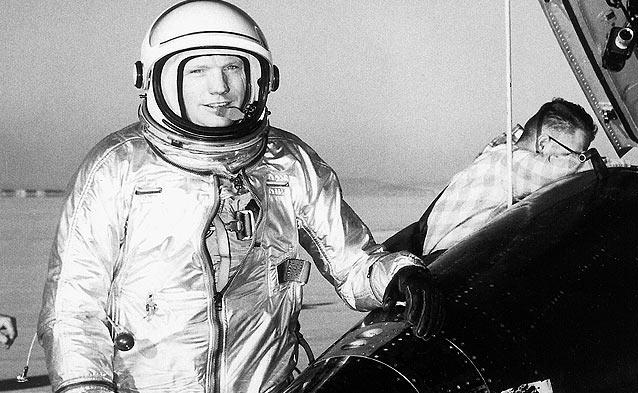 A variety of resources that show clips of the landing and interviews. 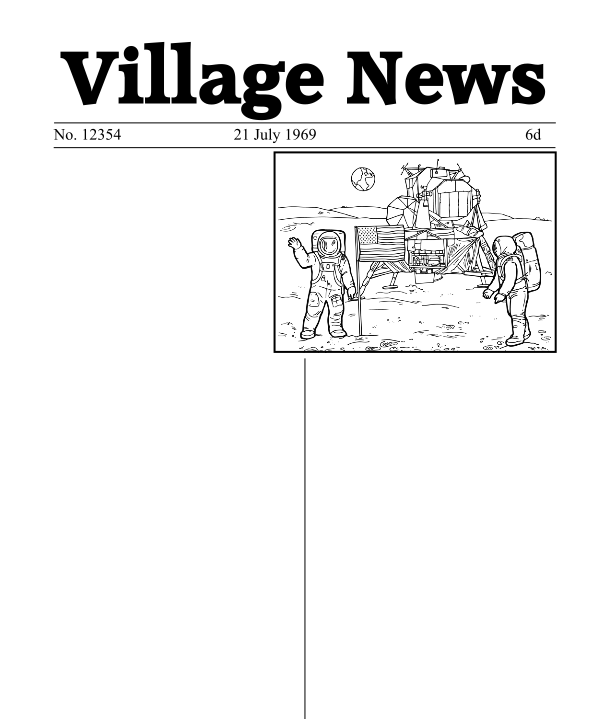 With your class you could create a newspaper report. Writing from the day of the landing the children are challenged to create a newspaper article and could even add in picture captions, direct speech and think about the different between first and third person speech. 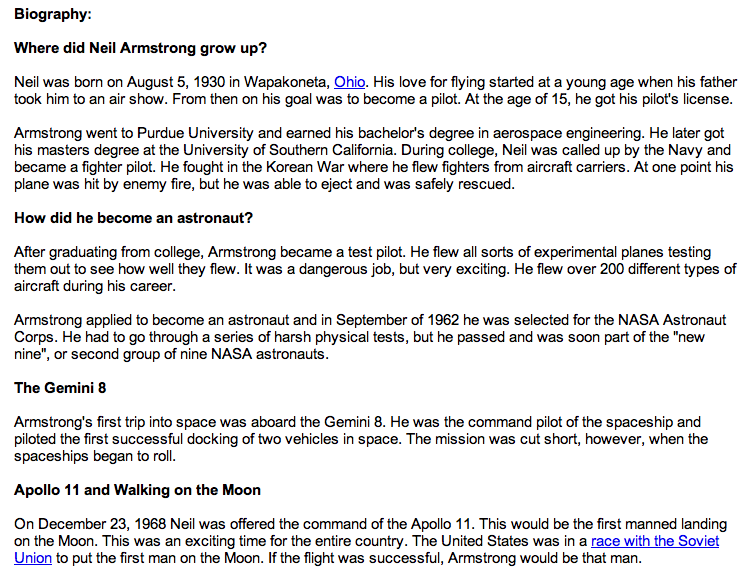 Where did Neil Armstrong grow up?

Neil was born on August 5, 1930 in Wapakoneta, Ohio. His love for flying started at a young age when his father took him to an air show. From then on his goal was to become a pilot. At the age of 15, he got his pilot’s license.

Armstrong went to Purdue University and earned his bachelor’s degree in aerospace engineering. He later got his masters degree at the University of Southern California. During college, Neil was called up by the Navy and became a fighter pilot. He fought in the Korean War where he flew fighters from aircraft carriers. At one point his plane was hit by enemy fire, but he was able to eject and was safely rescued.

How did he become an astronaut?

After graduating from college, Armstrong became a test pilot. He flew all sorts of experimental planes testing them out to see how well they flew. It was a dangerous job, but very exciting. He flew over 200 different types of aircraft during his career.

Armstrong applied to become an astronaut and in September of 1962 he was selected for the NASA Astronaut Corps. He had to go through a series of harsh physical tests, but he passed and was soon part of the “new nine”, or second group of nine NASA astronauts. 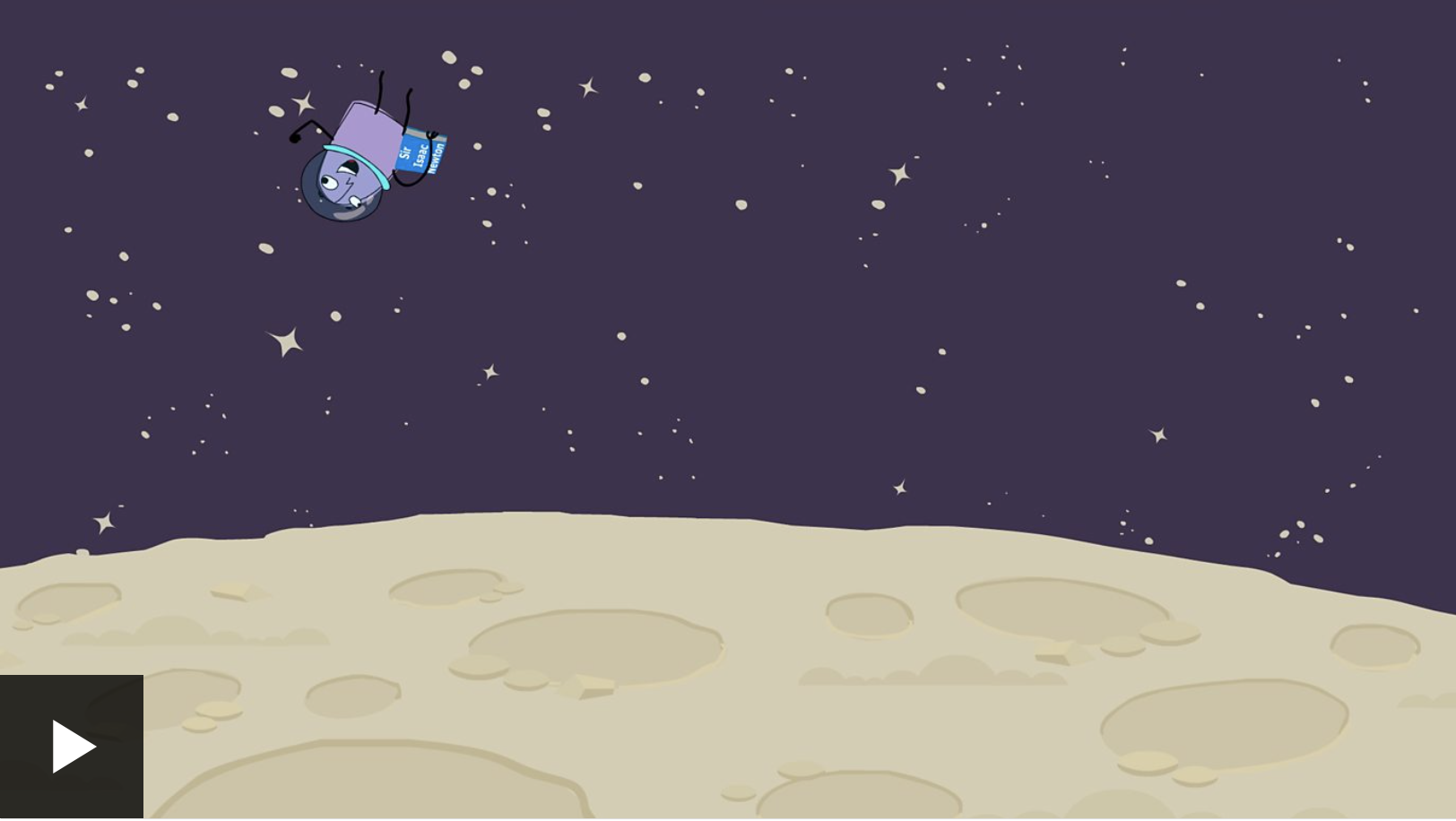 When learning about Neil Armstrong, you can explore gravity with your class.

This animation is a great way to introduce and answer the question, ‘What is Gravity?’