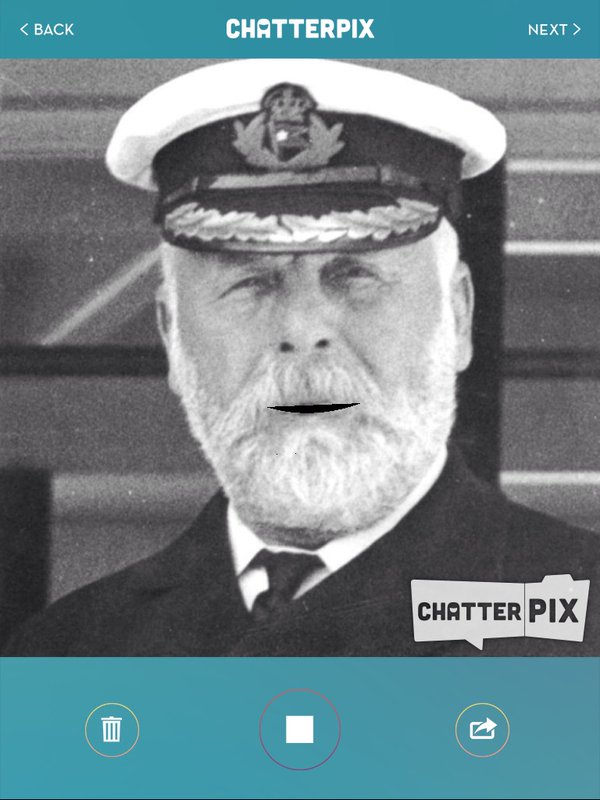 In this lesson your children will get into character using the Chatterpix app. The particular example shown is the Titanic Captain Edward Smith but this lesson can be used using any character. 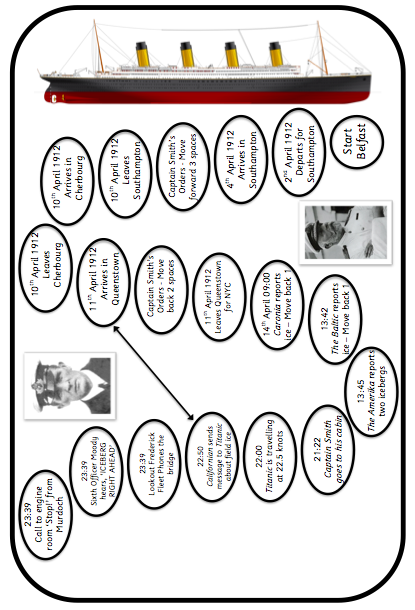 This is a resource that allows your children to learn different facts about the Titanic using a board game.

The different steps follow the journey of the Titanic from leaving Belfast, right up to the survivors arriving in New York. The game also shows specific dates and times when all the main events of the journey happened.

There are 52 questions to answer as the game progresses. Some of the answers will require research but most answers are in the board game.

1. You will need a counter and die to play this game.

2. Choose a question card. If you get the question right, roll the die and move your counter. If you get it wrong, stay where you are.

3. Should you land on a step that has arrows, move forwards or backwards in the direction of the arrow.

4. The first player to reach the end of the game wins. 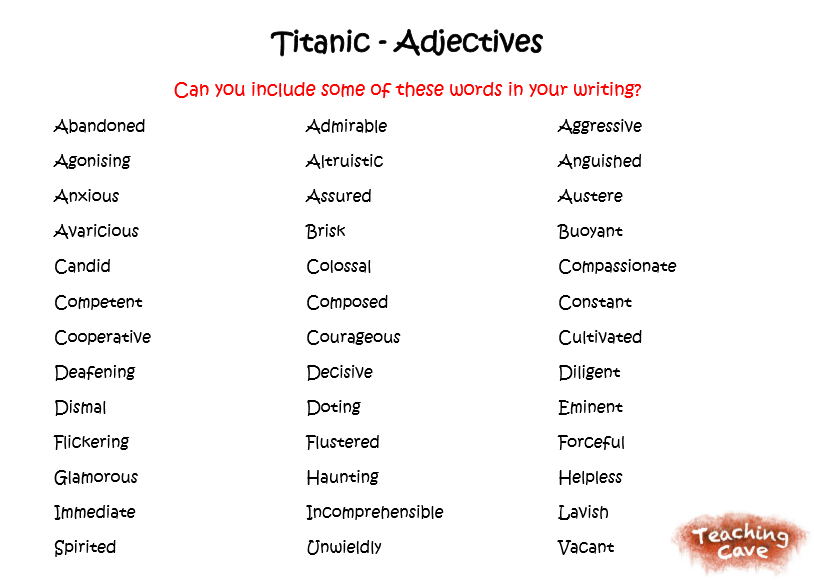 If you are looking to develop your children into exciting writers then you need this pack for your Titanic topic.

Must have resource for KS1 and KS2! 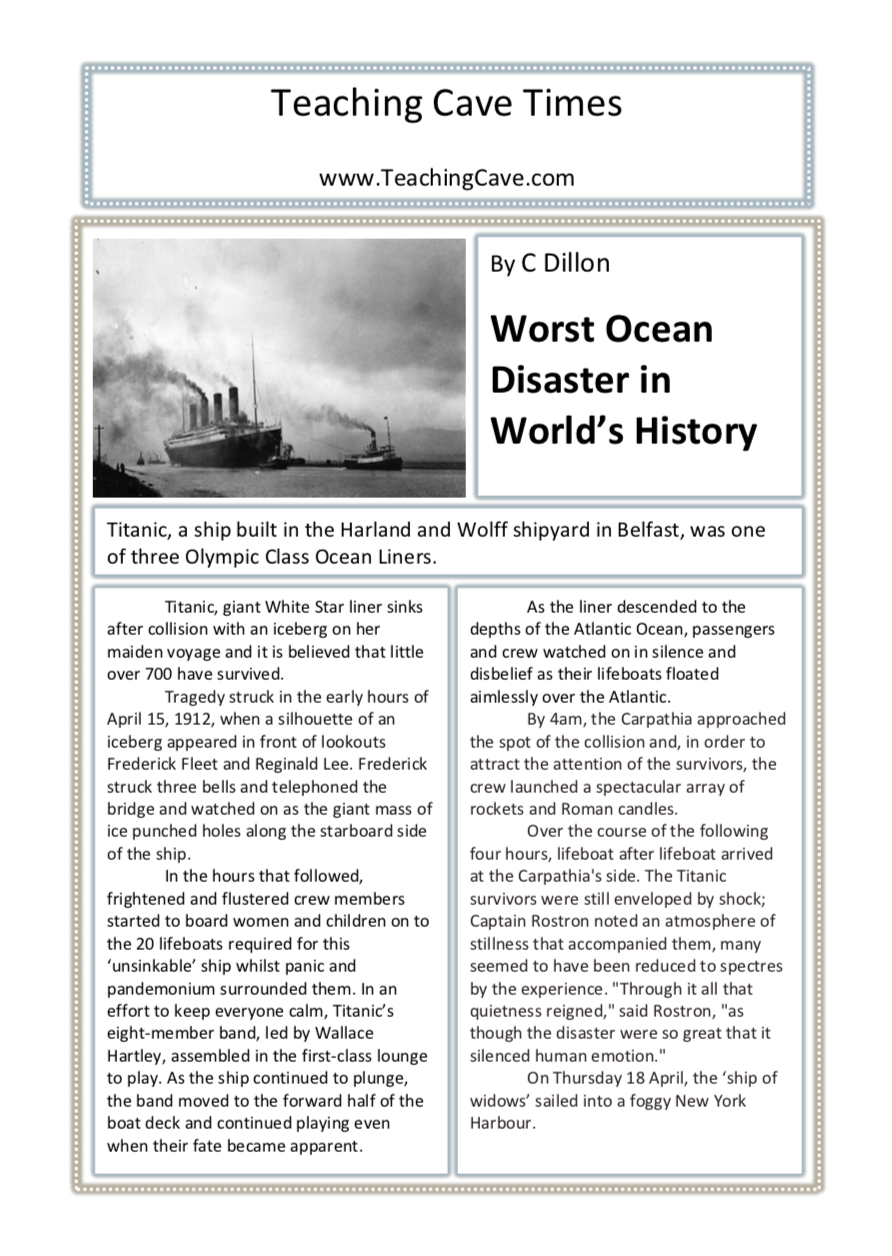 This is a newspaper report that covers some of the events from the collision with the iceberg. Some notable names are mentioned as well as some of the lesser known aspects surrounding the sinking. 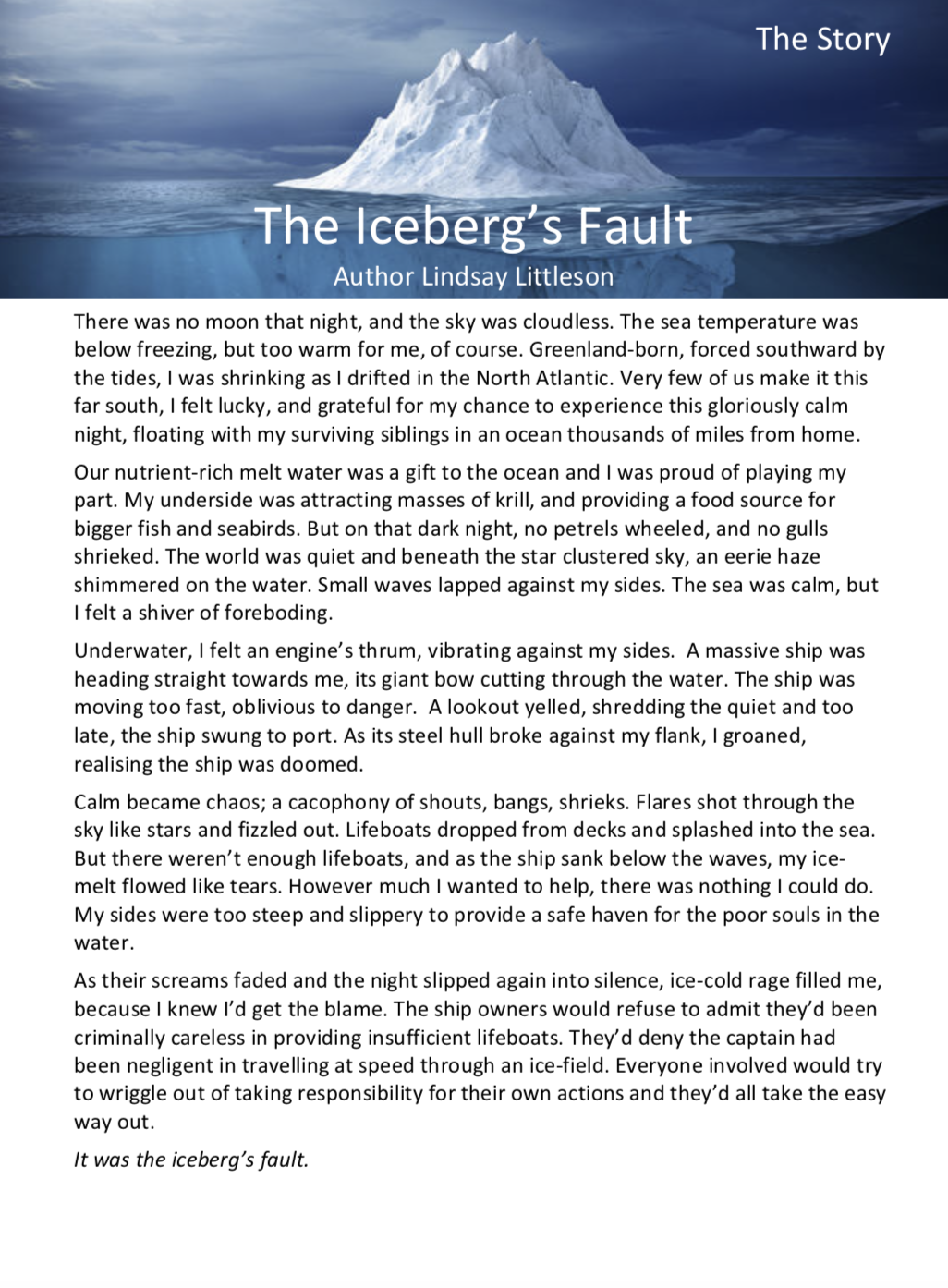 The Iceberg's Story and Comprehension

This is a fantastic story from the perspective of the iceberg with a comprehension aimed at KS2. 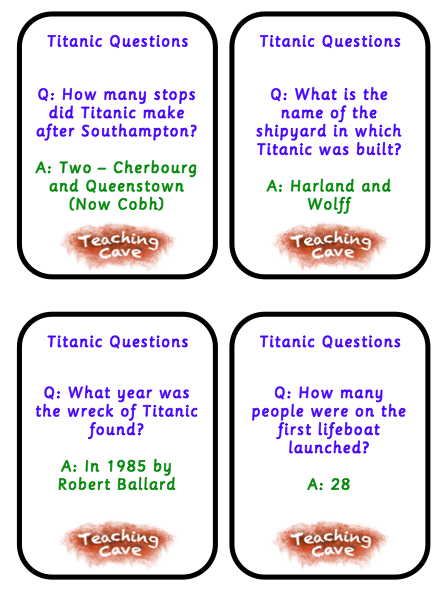 If you are looking for an assessment to determine how much information your class have learnt over the topic, then why not have a class quiz.

There are 52 questions altogether. 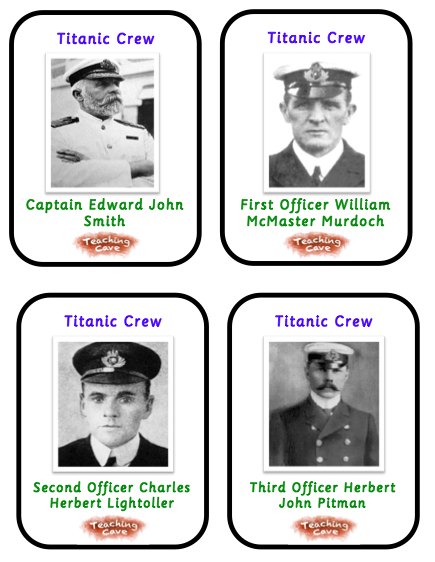 This is very useful for a research activity and can even be used as a display once you have finished using the flashcards. 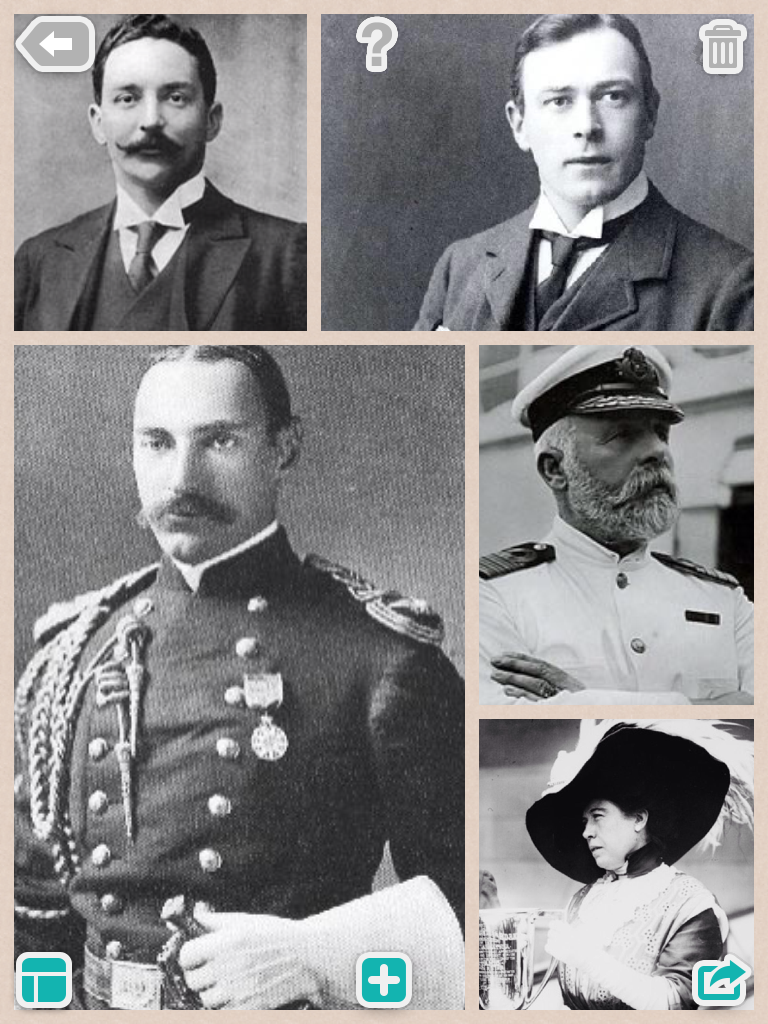 This activity allows your children to research and present their passengers to the class.

Titanic was a luxurious ocean liner that sank on its maiden voyage across the Atlantic Ocean. It was the world’s longest ship at 269m competing with Cunard Liners to become the market leader. White Star Line and Cunard joined in 1934. 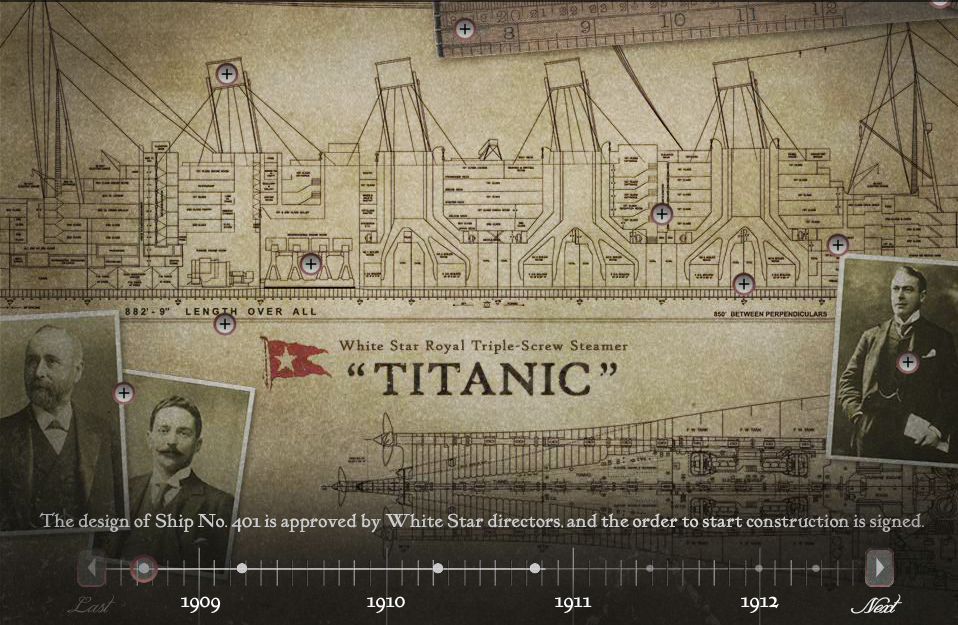 This is a fantastic learning resource that takes you step by step through the main events of the Titanic.

This resource has specific times and simple recounts of the events, as well as pictures and other resources for your children to use and learn from. 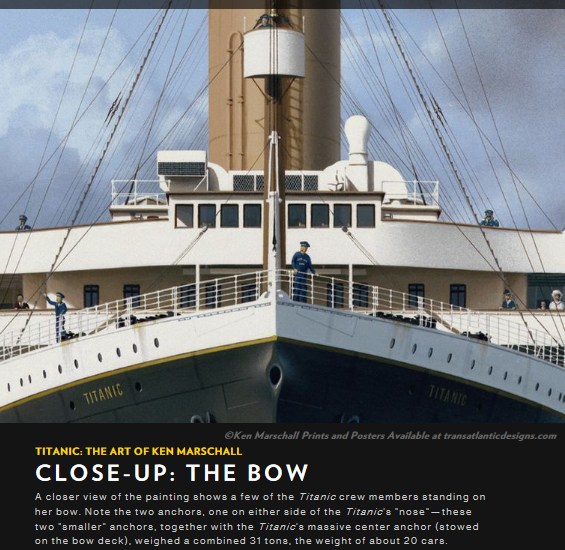 A Closer Look at Titanic

Allow your children to take a closer look at each section of the Titanic and learn key facts and information.

This resource highlights the interior and exterior in a engaging way, especially for KS1 and KS2 children. 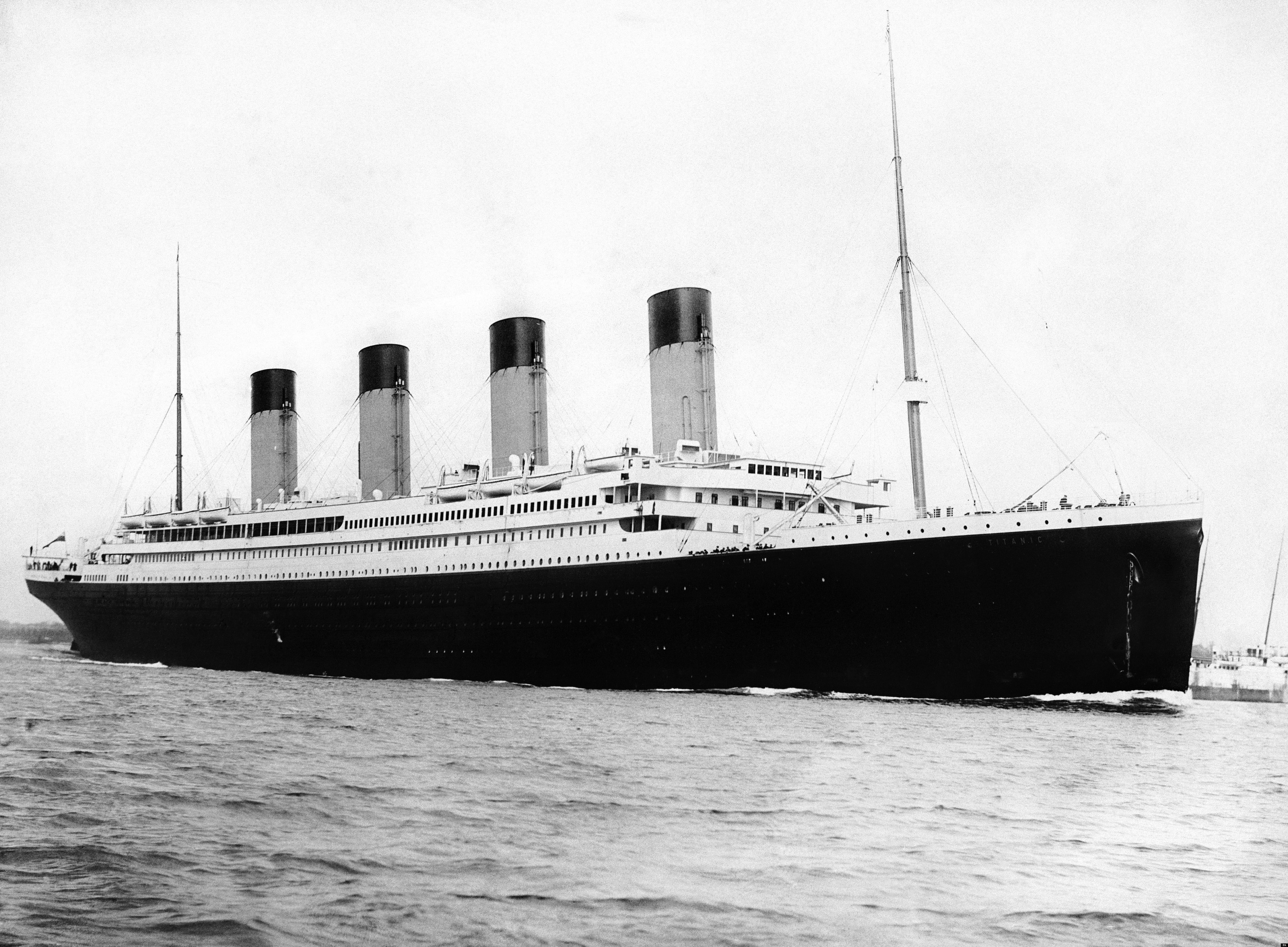 RMS Titanic was a Liverpool registered White Star Line ocean liner, which took approximately 26 months to construct from the hull being laid down in 1909. The liner was build alongside her sister ship the Olympic in the Harland and Wolff shipyard, Belfast Harbour. The Titanic sat in the Thompson Graving Dock on the eve of her maiden voyage. Titanic set of on  10 April 1912,  sailing between Southampton, United Kingdom; Cherbourg, France; Queenstown, Ireland (Cobh) and New York, USA. RMS Titanic sailed from Southampton with 2,200 passengers and crew, and collided with an iceberg and sank four days later: 1500 people died and 700 survived. 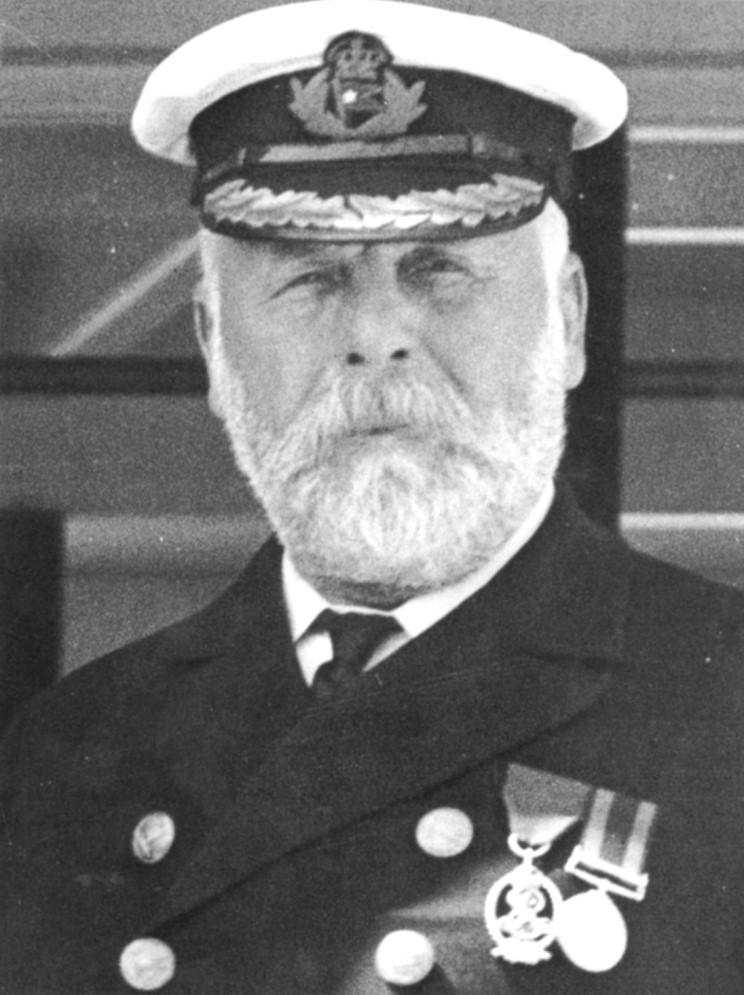 There were 885 crew and 1317 passengers onboard Titanic. This section will allow you to learn more about the more commonly known people onboard. The children could: 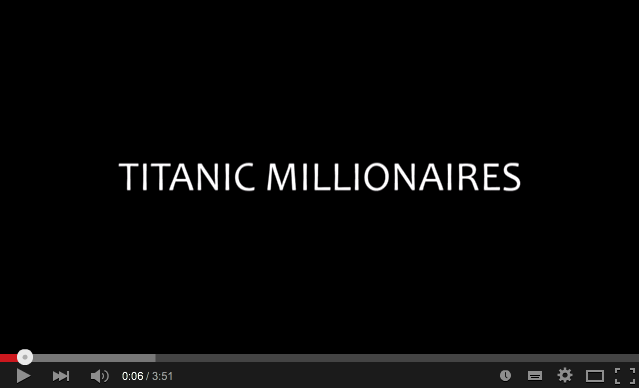 In 1912, The Titanic was the largest manmade object that moved and was the ideal toy to amuse the wealthy, influential and elite. One of these elite passengers was John Jacob Astor, an American millionaire businessman. 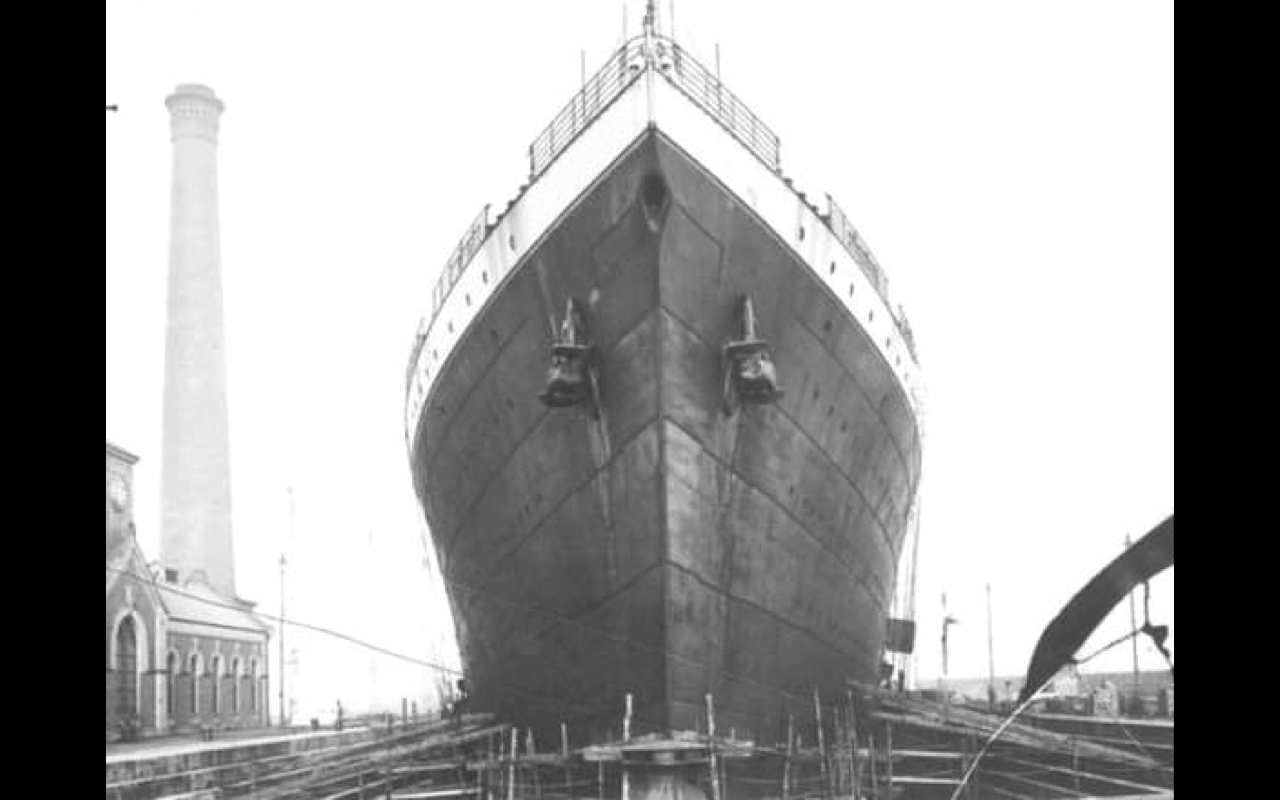 This resource provides you with an extensive bank of images relating to the Titanic. Many of these images are famous and others are extremely rare. I would encourage you to have a look through the pictures and study them carefully because there are so many learning opportunities and points to mention in each picture. Email Chris@teachingcave.com for this resource. 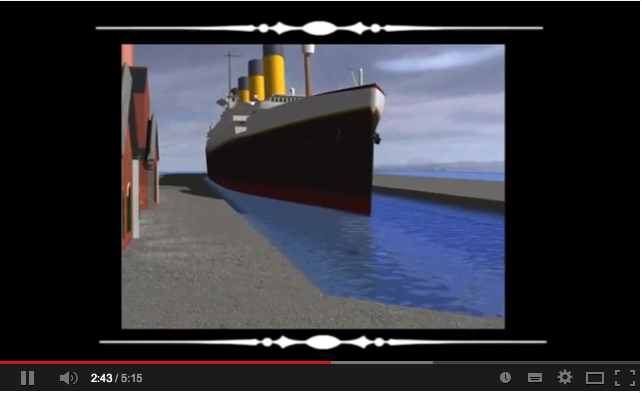 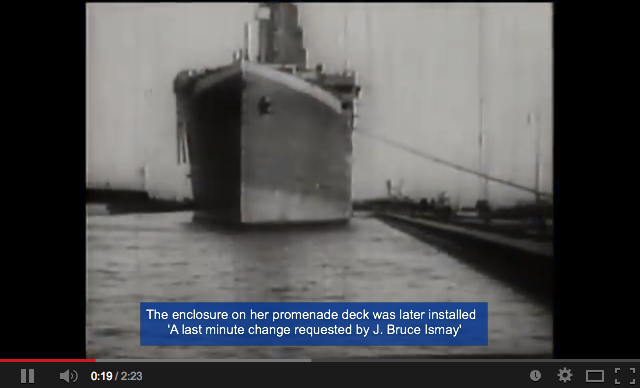 This Titanic teaching resource shows the RMS Titanic docked in Belfast. It is the only known video resource of the liner. There are a few features that are pointed out during the clip including the name painted on the side and it also shows the shipwreck at the bottom of the Atlantic as it looks today. It is amazing for the children to see, as one day, in the not too distant future, the remains of Titanic will be gone. 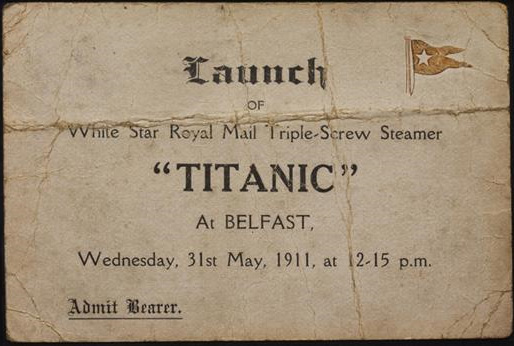 This ticket was for the launch of the Titanic at 12.15PM on Wednesday 31st May 1911. As a class you could:
– Create your own Titanic boarding pass or ticket.
The children could:
– research and find similar fonts that were available at the time
– create simple artwork of the logo. This could be hand-drawn or the children could create their own ink stamps using wood, foam, scissors and glue (Click Here to see how)
– age the document using teabags 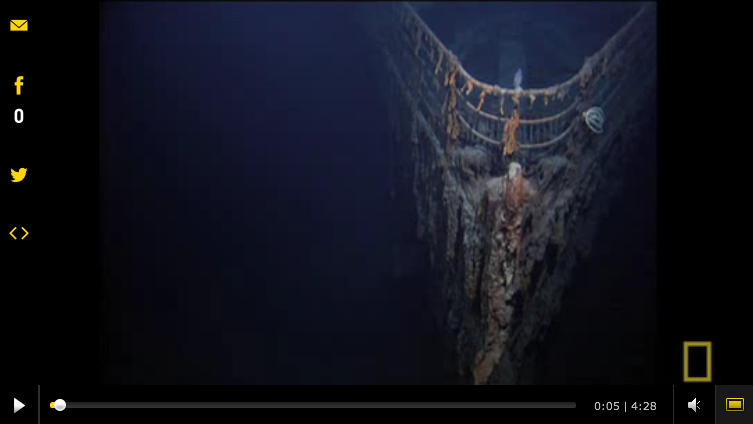 After the sinking of the Titanic on April 15, 1912, the great ship slumbered on the floor of the Atlantic Ocean for over 70 years before its wreckage was discovered. On September 1, 1985, a joint American-French expedition, headed by famous American oceanographer Dr. Robert Ballard, found the Titanic over two miles below the ocean’s surface by using an unmanned submersible calledArgo.

In this video resourceBob Ballard relives one of the greatest moments of his career as a deep sea explorer – finding the Titanic. 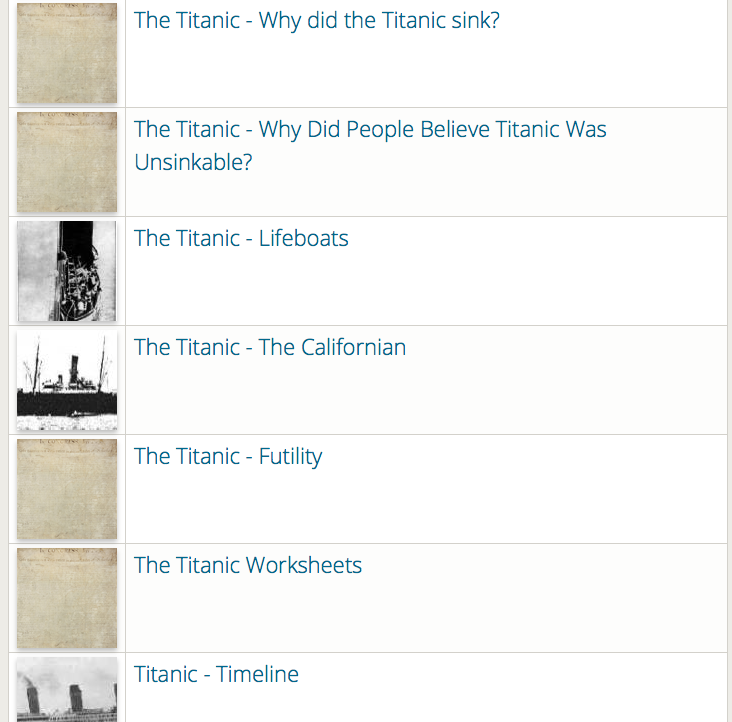 This is a link to a variety of areas linked to Titanic. If it is facts you are looking for, this is the resource you need. 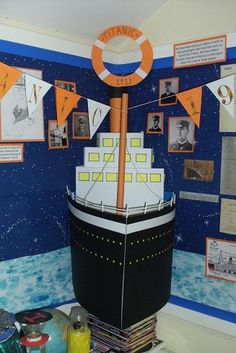 An eye-catching wall display when learning about Titanic. 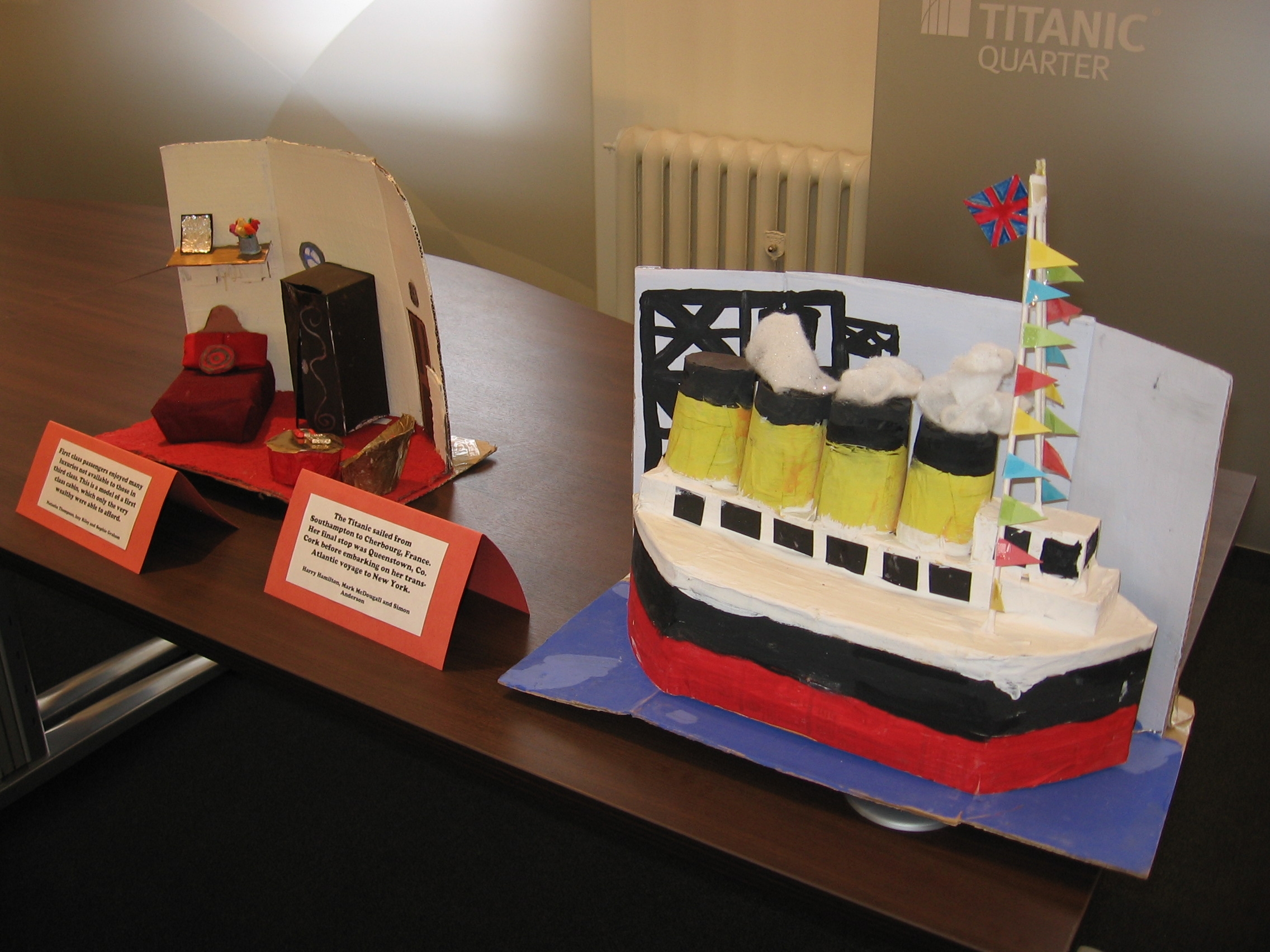 Allow the children to express their creativity using junk materials.

You could create a newspaper report linked to the RMS Titanic. We have pages dedicated to character profiles, facts, video clips and much more to helps the children gain an insight to the story of the Titanic.

Create different newspaper reports throughout the journey. This would make a fantastic wall display to show the story as it unfolds.

Some children could start with the pre-launch story- interviewing Captain Smith, Thomas Andrews, Bruce Ismay, John Jacob Astor and some of the workers discussing the building process etc.

Others could write about the launch day itself, interview passengers, onlookers taking in thoughts, opinions and observations made.

After the news has broken out this report could be about the survivor observations, Carpathia Captains thoughts as the distress call was made.

Th is newspaper report could show how the Titanic is still talked about. The visitor’s centre, the titanic footprint (Thompson Graving Dock) etc.