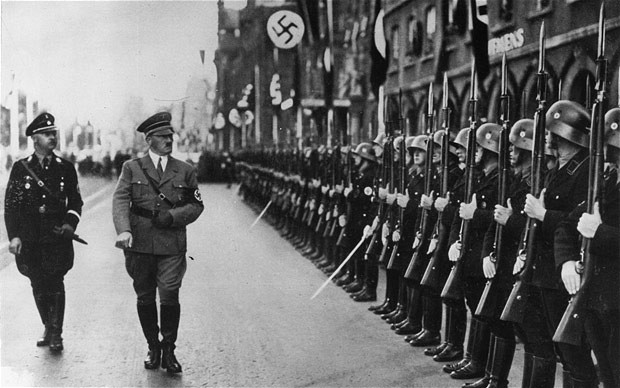 Adolf Hitler and his Nazis take power in Germany. They rule by terror and fear. 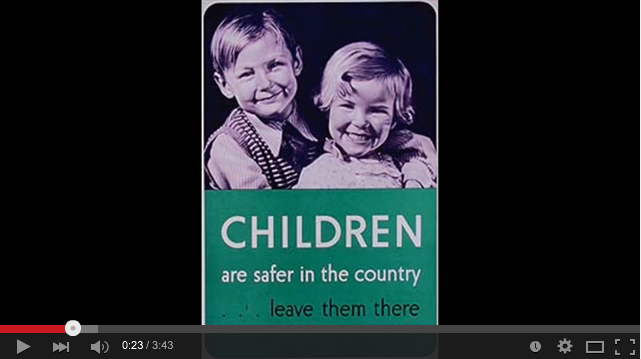 The Beginning of World War 2

Britain and France declare war on Germany and the Second World War begins.

The aid raid sirens sound for the first time. People rush around in panic looking for shelter.

Click the image to listen to a recording of the Carter Gents air-raid sirens and all-clear that would have been a very familiar sound to all civilians in Britain from 1939 – 1945 during raids by the Luftwaffe. 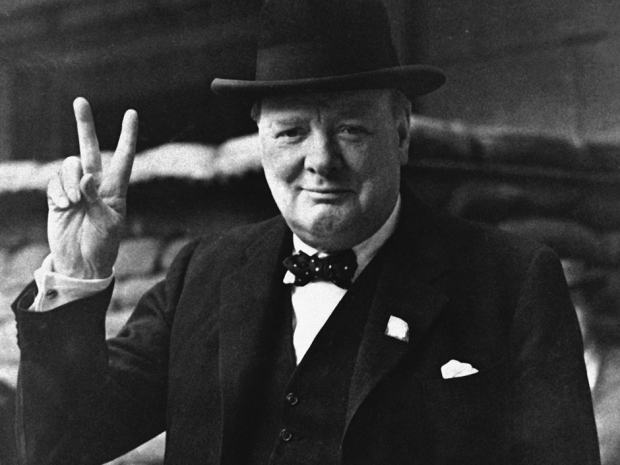 Germany attacks Holland and Belgium. Their armies march towards France and the English Channel. The fear was that Britain will be next.

This time becomes known as the “Battle of Britain’. 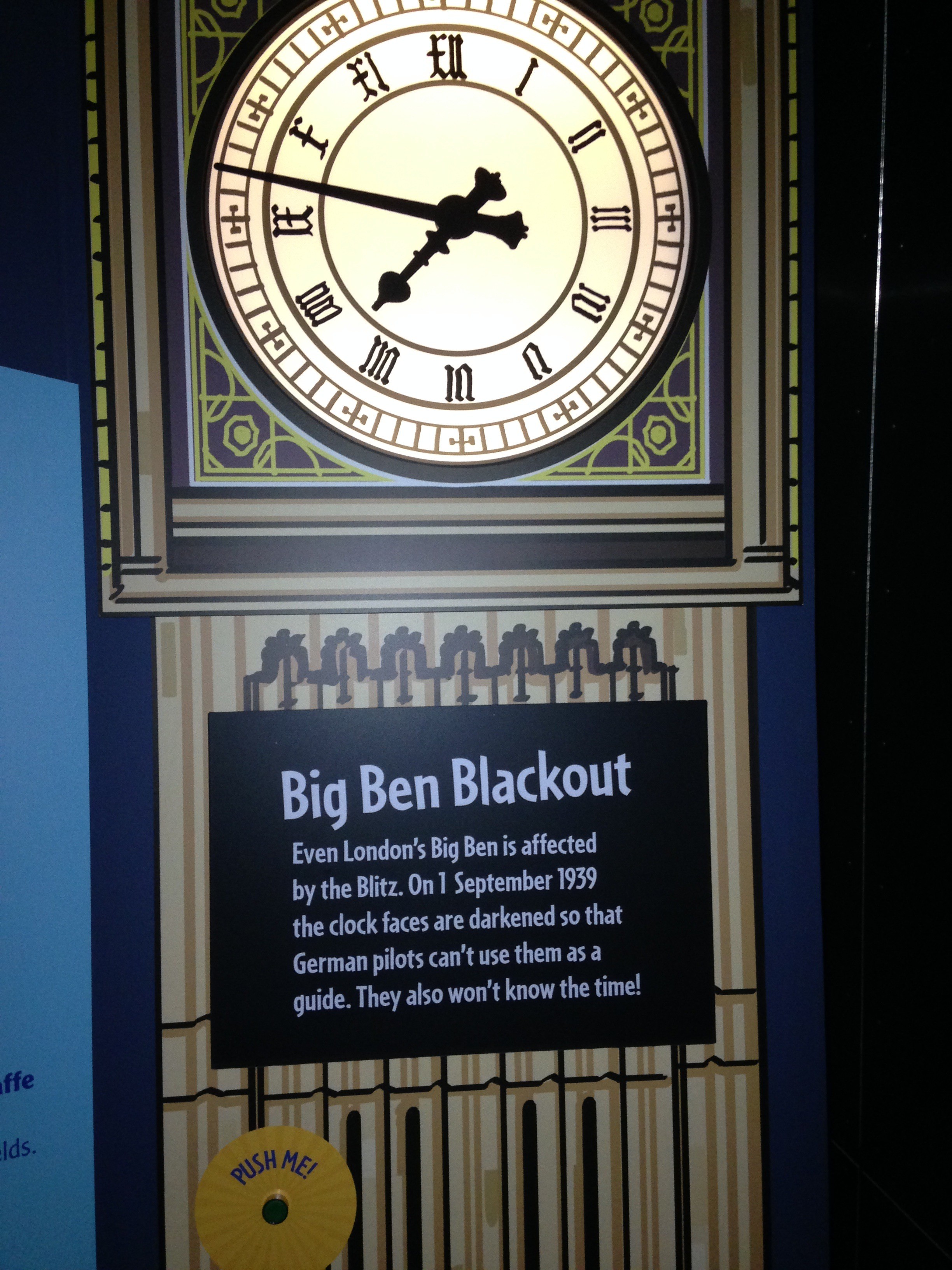 Even London’s Big Ben is affected by the Blitz. On 1st September 1939, the clock’s faces are darkened so that German pilots can’t use them as a guide. They also won’t know the time.

Click the image to find out the time Big Ben darkened. 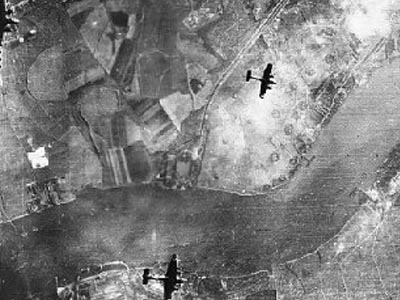 75 year ago, in 1940, the Second World War landed on British doorsteps in the form of the Blitz – That’s German for ‘lightning’.

Adolf Hitler, the dreadful dictator of Nazi Germany, sent his bombers to blitz Britain. He thought these ‘lightning’ strikes would scare the British and make them surrender. 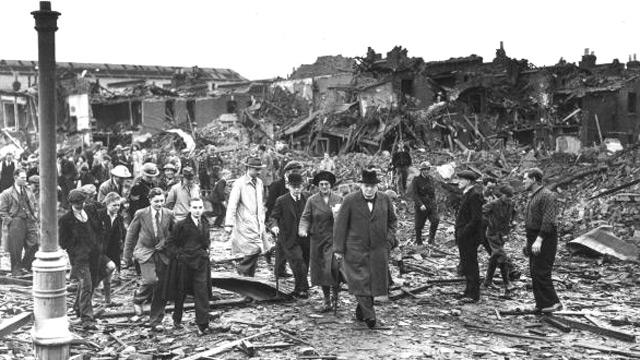 The day the Blitz starts. German planes bomb London while the British Royal Air Force bombs German Cities. The way has come to people’s doorsteps on both sides. 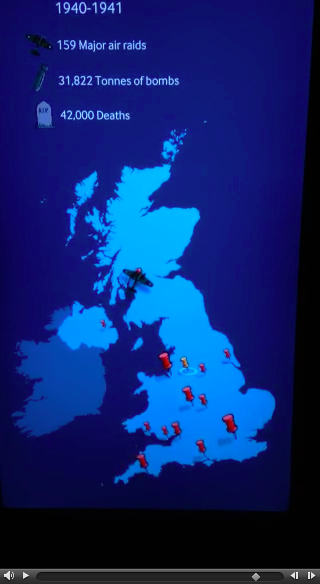 This is a short video clip showing the targets, major air raids, tonnes of bombs dropped and deaths in the UK. 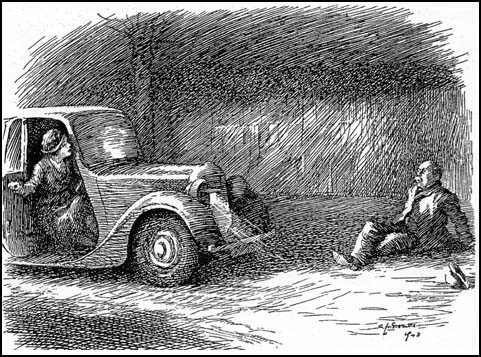 Cars, Buses and lorries drive with the help of their sidelights. There are thousands of accidents because of poor visibility.

There was a change to the law to allow vehicles to drive if they had covers over the lights, and when driving at night, the vehicles must stay under 20 mph. 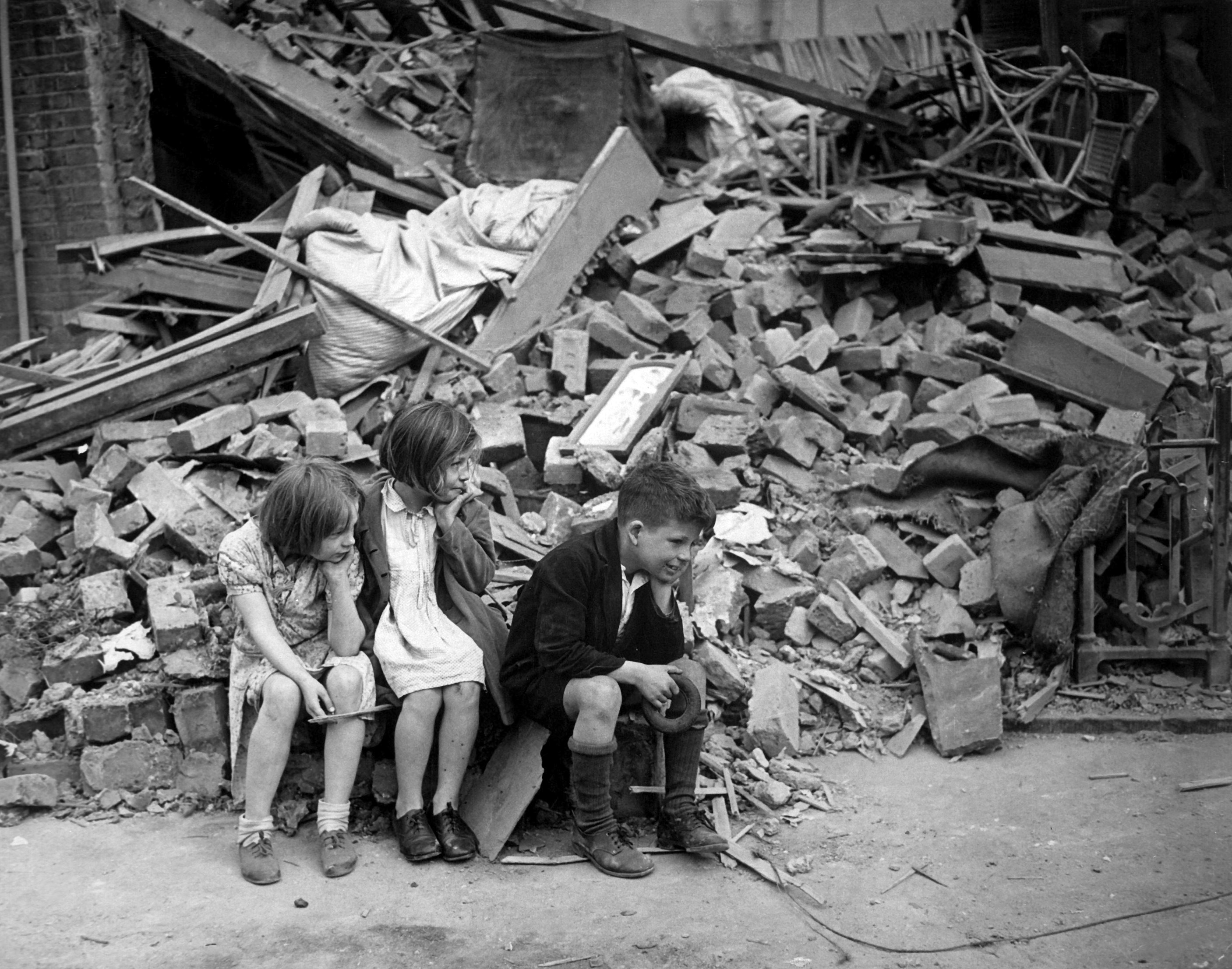 This was the date of heaviest and last big bombing raid on London until 1944.

These bombings destroyed many buildings and left many homeless.

The bombings stop on Britain and Germany in April 1945.

Germany surrender to the allies on 7th May 1945. General Alfred Jodl, representing the German High Command, signed the unconditional surrender of both east and west forces in Reims, France, which would take effect the following day. 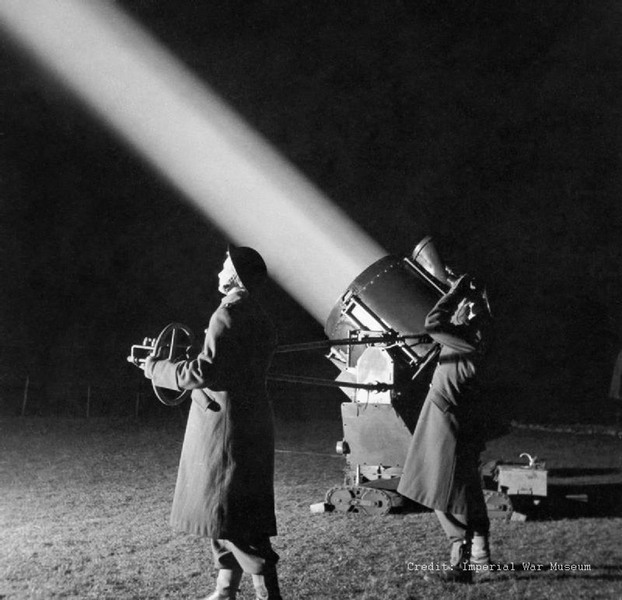 This is a 90cm anti-aircraft projector or searchlight.

They were used at night to light up enemy planes. This made it easier for the gunners and night fighter pilots to find targets.

Each searchlight was operated by ten men.  By the end of 1940, the Royal Artillery had 62 searchlight regiments, each with up to 96 searchlights.